Ponsse once again the most reputable company in Finland

Ponsse once again the most reputable company in Finland
Back to

Ponsse once again the most reputable company in Finland

For the third year in succession, Ponsse has been selected as the most reputable company in Finland in the annual Reputation&Trust survey. In the top three, Ponsse was followed by game development company Supercell, while Fazer came in third. A total of 8,974 Finns participated in the survey. 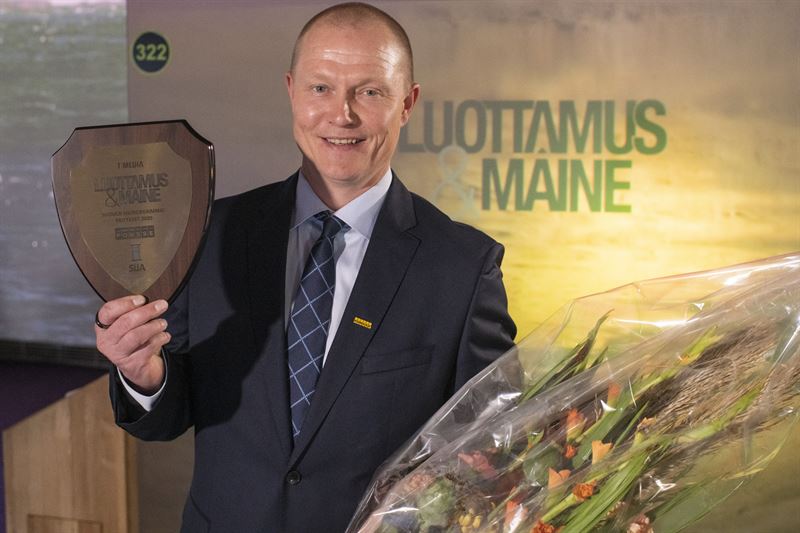 “Ponsse has succeeded in maintaining its first place, and even in increasing its reputation during this challenging year. Ponsse received the highest individual score in the vital areas of leadership and modernisation. Especially during the coronavirus crisis, there is a demand for an ability to lead and modernise,” says Harri Leinikka, CEO of T-Media, which conducted the survey. The Reputation&Trust survey identifies the reputation of companies by analysing the greater public’s impressions of them in different dimensions.

Jarmo Vidgrén, Chairman of Ponsse’s Board of Directors, appreciates this year’s recognition more than ever. “This year has been challenging for us as well, and we humbly accept this recognition. We have succeeded together, for which I would like to thank our customers and employees as well as their families, and our stakeholders. Ponsse’s 50th anniversary has not gone as planned, and it feels great that we can thank everyone for our shared successes through this recognition too,” said Jarmo Vidgren, Chairman of Ponsse Plc’s Board of Directors at the award ceremony.

T-Media found this year’s survey extremely interesting due to the exceptional circumstances caused by the coronavirus situation. “Companies were forced to rapidly adapt to unexpected changes in their operating environments, and the spread of the pandemic has affected people’s expectations of companies.”

The results are based on the Reputation&Trust survey, carried out in the summer of 2020 with the goal of investigating the reputation of companies operating in Finland among the general public. A total of 8,974 Finns responded to the survey, providing a total of 19,110 company evaluations.

The published most and least reputable companies were selected for the survey based on a preliminary study carried out in April 2020. In the preliminary study, 1,064 Finns spontaneously named two companies which they thought had a particularly good reputation and two that had a particularly poor reputation. The thirty most frequently mentioned companies were carefully studied with the Reputation&Trust model, in which the reputation score of a company is formed as the average of eight different dimensions: governance, financial performance, leadership, innovation, dialogue, products and services, workplace, and responsibility.

The survey’s target group consisted of Finns between 15 and 65 years of age. The sample has been weighted to be representative in terms of gender, age and the area where people live.