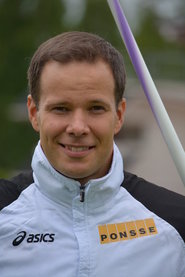 Tero Pitkämäki (born 19 December 1982 in Ilmajoki) is a Finnish javelin thrower. He is a member of the Seinäjoen Seudun Urheilijat team. His trainer is Hannu Kangas.

Pitkämäki was 10 years old when he threw a javelin for the first time. At his first athletics competitions Pitkämäki took part in all the events, winning in the javelin, which made his choice of event easy. Pitkämäki started to compete seriously five years later when he decided to stop skiing, which, until then, he considered his main sport.