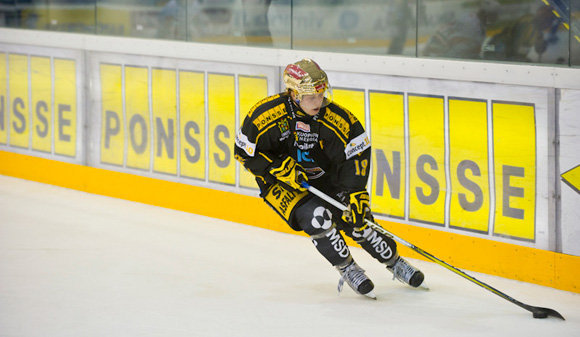 KalPa is an ice hockey team in the SM-liiga, the highest national league in Finland.

Ponsse started sponsoring KalPa in 2004 when the team was in Mestis, the second-highest national league. The goal of this long-term cooperation was that a team from the Savo region would make it to the SM-liiga. Having won the Mestis championship, KalPa was ready to go to the elite league. The cooperation endured hard and challenging years as the bottom team in SM-liiga – already at that time it was understood that to succeed in ice hockey, you first need to make an effort through developing junior players. In 2008, KalPa’s A-level juniors won the Finnish Championship, and their final game at the Niirala arena marked the first steps towards local ice hockey fever.

Expectations increased considerably for the 2008–2009 season, as KalPa’s SM-liiga team was reinforced with the top players Sami Kapanen and Kalle Sahlstedt. After a long season, KalPa was one of the leading teams in the league and fought its way to the semi-finals. In the spring 2009, the Savo region experienced an unforeseen ice hockey craze and KalPa won the bronze medal. KalPa’s 80th anniversary season 2009–2010 ended in slight disappointment as KalPa took fourth place.

The shared yellow/black colours of KalPa and Ponsse are now a part of the cutting edge of the Finnish ice hockey league. Based on this cooperation, Ponsse Plc and KalPa extended their agreement until the end of the 2012 season.