Ponsse once again first in reputation survey
Tilbake til

For the second year in succession, Ponsse is the most reputable company in Finland. In this year’s survey, Ponsse was the only company that received an excellent total score. Ponsse was followed by lift and escalator manufacturer Kone and game developer Supercell. 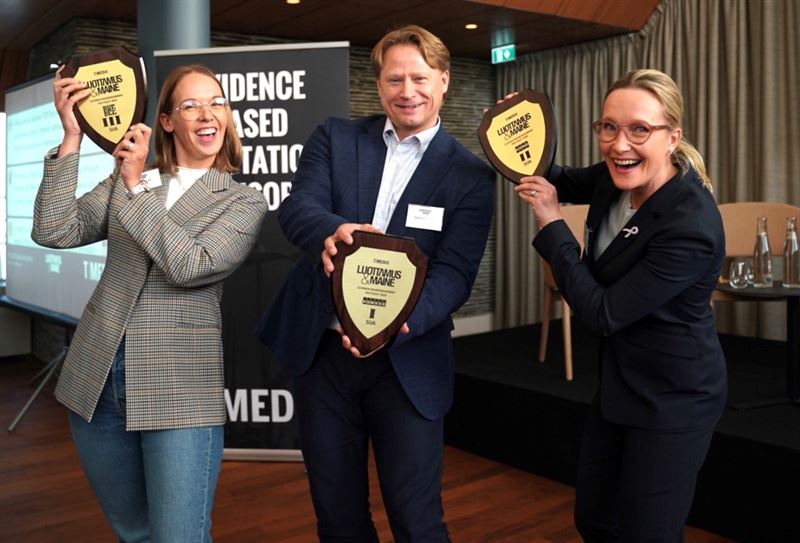 T-Media’s annual Reputation&Trust survey identifies the reputation of companies by analysing the impressions the greater public has of companies in different dimensions. The evaluated dimensions are: responsibility, governance, leadership, financial performance, innovation, dialogue, products and services, and employer image. Ponsse reached the best results in the dimensions of finances and products and services. Compared with the two other companies in the top three – Kone and Supercell – Ponsse was exceptional in terms of interaction: “Stays in touch – listens to and understands its stakeholders.” More than 9,577 Finns participated in the survey.

“I would like to thank every Ponsse employee for this recognition. They keep our customers’ machines up and running in the field and design and manufacture machines for demanding conditions in domestic and global markets.
It’s a wonderful feeling that this recognition was given to the forest machine industry and, in particular, to these remoter regions of Savonia, where we will celebrate the 15,000th forest machine manufactured in Vieremä later this week,” said Juha Vidgrén, Chairman of the Board of Directors of Ponsse Plc at the award ceremony in Helsinki.

Strong ownership and endless development raise the reputation of companies

In the survey, four of the top five companies have a strong history as family-owned companies. This differs from the general structure of Finnish business life.

The reputation of companies is made of responsible actions. “Responsible management returns to companies through trust shown by their stakeholders and in the form of reputation capital,” Ruokolahti summarises.

More than 9,577 Finns participated in the survey
The results are based on the Reputation&Trust survey, carried out in June and July 2019 with the goal of investigating the reputation of companies operating in Finland among the general public. A total of 9,577 Finns responded to the survey, providing a total of 20,034 company evaluations.

The target group of the survey were people aged 15–65 all over Finland (excluding Åland). The sample has been weighted to be representative in terms of gender, age and the area where people live. The statistical margin of error for the whole material is at most 1.0 percentage points either way.