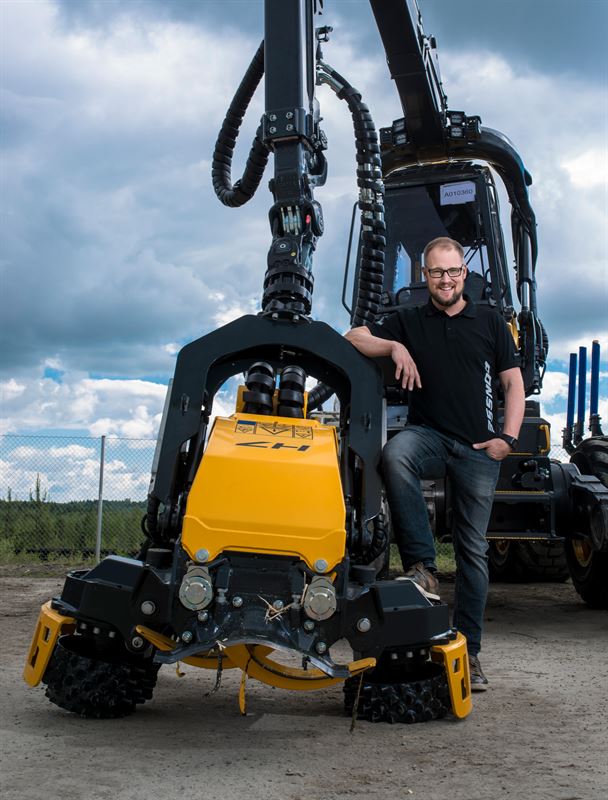 Ponsse Plc’s President and CEO Juho Nummela was named businessperson of the year (Vuoden Liikemies) in an annual event held by Suomen Liikemiesyhdistys in cooperation with Kauppalehti and Aalto University.  This marked the first time when the second person from a single company has received the recognition. Ponsse’s founder Einari Vidgrén was presented with the recognition in 1997.

The choice for the businessperson of the year (Vuoden Liikemies) was published on Monday evening in an event held in Helsinki. The criteria for the recognition mentioned that Juho Nummela combines the characteristics of modern sustainable leadership. According to the jury, Juho Nummela implements principles in which responsible operations, transparency and the engagement of stakeholders have produced both financial success and success measurable in employee experiences.

“Juho Nummela’s leadership exhibits a simultaneous respect for the company’s roots and the creation of something new. These new things are created in cooperation with every Ponsse employee, which allows Nummela himself to be inspired by a common drive to develop the company, regardless of the organisational level.  Nummela is a manager who engages his employees in genuine dialogue and sets an example when it comes to the leadership capabilities of a new age,” said the statement given by the jury.

Juho Nummela’s time as the President and CEO of Ponsse has included some major turning points. He took up his position right before the international financial crisis, which also had a strong impact on Ponsse’s operations. Right now, the people working at Vieremä are busy taking the company’s biggest factory investment into use.


Juho Nummela has a doctorate in technology. He has been Ponsse Plc’s President and CEO for ten years, since 2008. He began his career at Ponsse Plc as a thesis worker in 2002, and continued as the company’s Quality and IT Director in 2005–2006 and as its Factory Director in 2006–2008. Nummela received the Future CEO of the Year recognition in 2017.

Established in 1896, Suomen Liikemiesyhdistys is an organisation aiming to promote the interests of the business entrepreneurs’ community. During the course of its history, the association established Kauppalehti’s and participated in the establishment of School of Business’s, for example. The association’s Vuoden Liikemies recognition has been awarded since 1980.